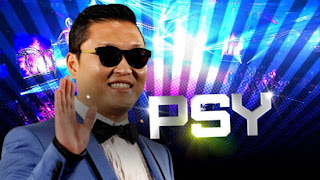 Korean megastar PSY will make an appearance tomorrow at Dodger Stadium in order to meet his fellow countryman, Dodger left-handed pitcher Hyun-Jin Ryu, and watch him pitch for the first time as a Major Leaguer. PSY and Ryu will meet immediately following tomorrow’s game on the field and Ryu will present PSY with his jersey. Ryu is tomorrow’s starter against the Rockies (7:10 p.m.). Auto and stadium gates open early at 4:40 p.m.

Last season, on August 21, the Dodgers were the first sports team to host PSY. That night, he performed worldwide hit “Gangnam Style” on DodgerVision. This appearance helped elevate PSY’s popularity. Following his appearance, PSY’s “Gangnam Style” went on to become YouTube’s most-viewed video of all time with more than 1.5 billion views. The Dodgers have since sustained a relationship with the Korean pop star who is a fan of Ryu.
Posted by Roberto Baly at 4:30 PM