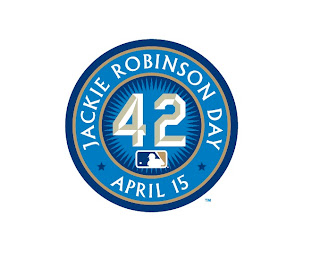 The Dodgers will highlight MLB’s league-wide tribute to Robinson’s legacy with an extensive celebration on Jackie Robinson Day at Dodger Stadium tomorrow (7:10 p.m. vs. Padres). All auto and stadium gates will open early at 4:40 p.m. Pre-game ceremonies will begin at 6:50 p.m.

Dodger Stadium will be decorated with prominently placed 42 logos on the pitching mound, dugout, near the foul pole and baselines. There will also be Jackie Robinson Day jeweled bases and lineup cards and a special tribute video that will be shown in-stadium. The Dodgers’ uniformed personnel will all wear number 42. The Dodgers will be joined by Jackie’s wife Rachel, Sharon and Jackie’s son David Robinson. The Dodgers will also pay tribute to Dodger Hall of Fame catcher and three-time NL MVP Award winner Roy Campanella and Dodger Special Advisor to the Chairman, 1956 NL MVP and Cy Young Award Winner Don Newcombe. 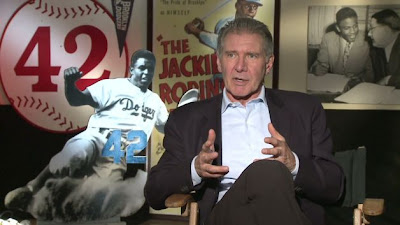 Tomorrow’s Veterans of the Game are two members of the Tuskegee Airmen, the first African American military aviators in the U.S. military, Lieutenant Colonel Theodore Lumpkin of Los Angeles and Major Levy Thorn Hill of Virginia. 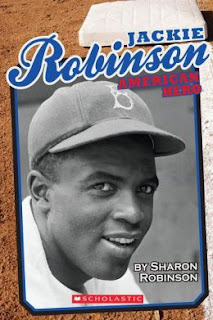 Sharon Robinson will hold a book signing of her new book, “Jackie Robinson: American Hero,” from the first through third innings in the Right Field tent store. 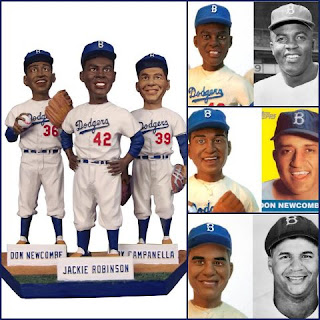 The first 40,000 fans in attendance will receive a Jackie Robinson, Don Newcombe and Roy Campanella Statue presented by the film “42” in theatres now.
Posted by Roberto Baly at 11:00 AM

Can you still get a 42$ ticket? And is it going to be there at the stadium?

@abel - It's at the stadium. You should call and ask if there is remaining tickets.