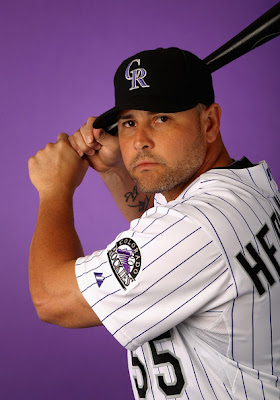 “Ramon gives us invaluable veteran experience and additional leadership at the catching position,” said Colletti. “He’s worked with great pitching staffs in the past and we feel he will provide solid contributions to our pitchers and be a great resource for A.J.”

Defensively, the durable backstop has caught nearly 12,000 innings over the course of his career and, among active players, only A.J. Pierzynski has caught more games and more innings than the 36-year-old. He was named to the AL All-Star team in 2003.

Hernandez was originally signed by Oakland as an undrafted free agent in 1994.

Y would they trade him to a division rival? I know he's not a great pitcher but he is solid. Feel like we got the short end of the stick here