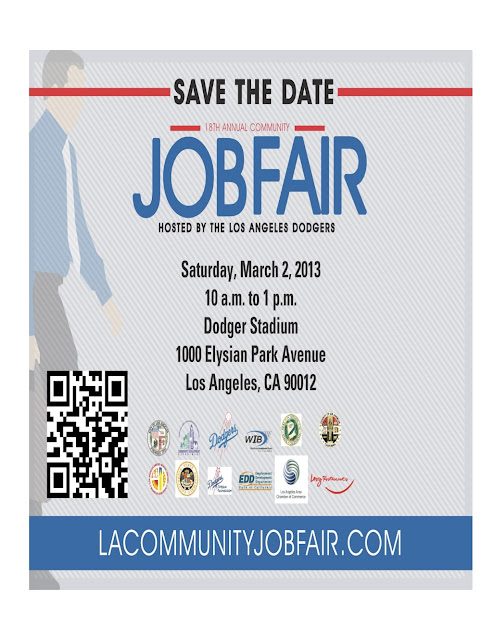 MISC:            Parking at Dodger Stadium and admission to the job fair are free. Free shuttle service into the stadium will be provided from the corner of Elysian Park and Sunset Blvd.   Participants are encouraged to dress in business attire and bring their current resume.