Zack Greinke had been scheduled to start, but was scratched due to illness. 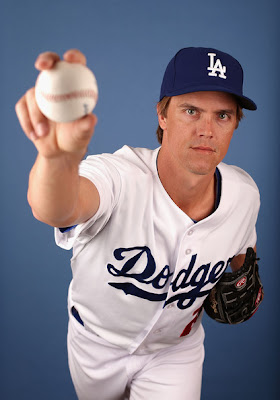 VIVA LOS DODGERS!: In Glendale, The Dodgers will take on Luis Cruz, Javy Guerra, Adrian Gonzalez and Team Mexico as the WBC squad prepares for their first Pool D tournament game tomorrow against Team Italy at Salt River Fields at Talking Stick. Dodger Special Assistant, Player Personnel Juan Castro is a Team Mexico coach as is Fernando Valenzuela, who played a key role in connecting the Dodgers to the Los Angeles Latino community following his MLB debut in 1980 and the launch of Fernandomania in 1981. For all those wondering, Opening Day is just 26 days away!

In Goodyear, Hyun-Jin Ryu and a split-squad of Dodgers will play the Indians for the second and final time this spring after beating the Tribe, 5-1, at Camelback Ranch – Glendale. The Dodgers will return to Goodyear next Tuesday for a night game against the Reds.

DOWNER: The Dodgers pounded out 11 hits, but fell for the fourth time in their last five games with a 7-3 loss to the Padres in Peoria. Matt Kemp played in the field for the first time with 4.0 innings in center field, but went 0-for-3 at the plate. Kevin Gregg ran his scoreless innings streak to 4.0 with 2.0 scoreless frames and has allowed just one baserunner this spring (1-for-12, .083). Clayton Kershaw made his third start of the spring, allowing four runs on seven hits in 3.0 innings and taking the loss to fall to 1-2.

Shawn Tolleson was removed from the game yesterday in the eighth inning due to left knee pain.  He was re-examined by a physician today and is listed as day to day.

FUTURE DODGERS!: Baseball America’s Top 5 Dodger prospects will be on display today as LHP Hyun-Jin Ryu (No. 1), OF Yasiel Puig (No. 2) and OF Joc Pederson (No. 4) suit up against the Indians in Goodyear and IF Corey Seager (No. 3) and RHP Zach Lee (No. 5) come over from the minor league side to face Team Mexico. Puig is off to a hot start this spring, batting .400 with three doubles, a homer and five RBI in 10 games, while Pederson, the Dodgers’ 2012 Branch Rickey Minor League Player of the Year, will make his second appearance on the big league roster (March 1 vs. SD, 1-for-2). Seager, 18, was the Dodgers’ first round pick (18th overall) in the 2012 First-Year Player Draft out of Northwest Cabarrus High School in North Carolina and batted .309 with eight home runs and 33 RBI in 46 games with Rookie-advanced Ogden last season. Lee has already made one appearance this spring, allowing two runs in 1.0 inning and taking the loss on Saturday against the Padres.

Speaking of future Dodgers, registration is now available for the 2013 Dodgers Youth Baseball Camp, benefiting the Los Angeles Dodgers Foundation, which will be held June 25-28 (Session 1) and August 9, 12-14 (Session 2) at Dodger Stadium. Register your child today at www.dodgers.com/camp. Camp will feature instruction by Dodger coaches and alumni with special visits by current Dodger players. Campers will learn about hitting, fielding, base running, throwing and pitching as well as team play, sportsmanship and conditioning. Enrollment is open to boys and girls, ages 7-12. Space is limited so please register your child today!

HILLTOPPERS: RHP Zack Greinke had been scheduled to start, but was scratched due to illness.  Instead, RHP Stephen Fife will make his third appearance (first start) of the spring. In his last outing on Friday, Fife allowed two runs in 3.0 innings against the Padres. The Idaho native made five starts for the Dodgers last year for his first Major League action, going 0-2 with a 2.70 ERA.

RHP Brandon League will make his third appearance of the spring after allowing three runs (one earned) on two hits on Saturday against the Mariners in Peoria.

RHP Kenley Jansen made his only appearance of the spring on Feb. 26, firing a scoreless frame against the Giants.

LHP J.P. Howell struck out three in a scoreless inning on Saturday against the Mariners. Howell allowed two runs in 1.0 inning against the Giants on Feb. 26 in his first appearance of the spring.


CAMERA READY: Tomorrow, Javy Guerra (@JavyGuerra54) will take over the Dodgers Official Instagram account (@Dodgers) capturing a "Day in the Life" of a big league ballplayer.

GET ‘EM WHILE YOU CAN!: Today is the last day (end of day) for fans to purchase the popular 15-game mini-plans and flex plans that include guaranteed tickets to Opening Day. Fans can call 323-DODGERS for more information and to secure seats to 2013 Opening Day against the Giants.
Posted by Roberto Baly at 11:30 AM