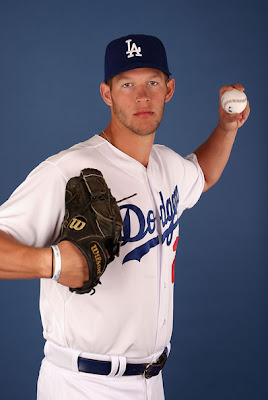 WEST VALLEY DIVISIONAL BATTLE: The Dodgers and Padres square off for the second of three meetings this spring, with the Dodgers looking to avenge last Friday’s loss at Camelback Ranch - Glendale. The clubs’ final Cactus League meeting will be on March 15 in Peoria. The Dodgers and Padres will meet 19 times during the regular season, with the first three coming on the Dodgers’ initial road trip, April 9-11 at PETCO Park. Last season, the Dodgers beat San Diego 11 of 18 times and had a 6-3 record on the road. If you’re counting down the days, the Dodgers are 28 days away from Opening Day vs. the Giants!

Dodger center fielder Matt Kemp will start in center field for the first time this spring. It’s only the Cactus League, but the ball might get bigger for Kemp when he sees the opposition. Kemp hit .406 (26-for-64) with seven homers and 20 RBI against the Padres last season and in his career is hitting .309 with 17 homers when facing the Friars.

BACK ON TRACK: The Dodgers downed the Indians, 5-1, on Sunday behind 3.0 strong innings from RHP Josh Beckett, who has tossed 5.0 scoreless innings this spring. OF and camp sensation Yasiel Puig belted his first homer of the spring, a three-run shot that provided the final margin. Puig’s .421 batting average ranks ninth among all National Leaguers this spring.

The Dodgers continue to lead the National League with both a .314 team batting average and a .398 on-base percentage through their first 10 Cactus League games.

RHP Matt Guerrier, the most interesting man in the world, will take time off from making viral videos and toe the rubber for the third time this spring. Thus far, Guerrier has tossed 2.0 scoreless frames.

Non-roster invitee RHP Kevin Gregg has been impressive so far this spring, retiring all six batters he has faced.

RHP Shawn Tolleson will pitch in his third game this spring this afternoon. Tolleson has given up one run in 2.1 innings. Last year, the Texas native appeared in 40 games (37.2 innings pitched) and recorded 39 strikeouts.

LHP Paco Rodriguez will look to extend his scoreless innings’ streak to 3.0 this afternoon. Rodriguez starred for the University of Florida last season, but still found time to be the first member of the 2012 draft class to make the Major Leagues.

RHP Steve Ames, the winner of this Sunday’s Dodger Idol competition, surrendered two runs on three hits in his last outing on Thursday against the Angels. Ames fired a scoreless frame in his first outing of the spring on Feb. 24 against the White Sox.

Tomorrow, a split-squad of Dodgers will face off against Adrian Gonzalez, Luis Cruz, Javy Guerra, Fernando Valenzuela, Yvonne Carrasco and the rest of Team Mexico at 1:05 pm at Camelback Ranch – Glendale.

THE CAPTAIN HAS ARRIVED: The Dodgers would like to welcome Spanish language broadcaster and co-host of Dodger Talk, Jorge Jarrín to Camelback Ranch - Glendale. Jarrín takes over for David Vassegh as the man getting sound for AM 570 Fox Sports LA and will also call several games for the Dodgers’ webcast, including tomorrow’s battle with Team Mexico alongside Rick Monday. Vassegh left camp to be with his wife and await the birth of their first child. Unfortunately, that means he will miss his idols in action as Petros and Money take their show on the road this Thursday and Friday from the booth at Camelback Ranch - Glendale.
Posted by Roberto Baly at 11:30 AM