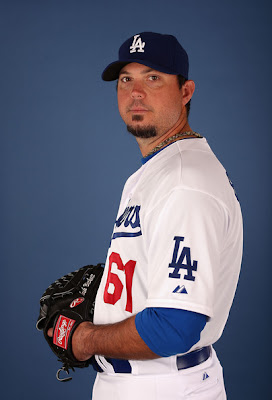 UNDER THE LIGHTS: The Dodgers travel to Goodyear to take on the Reds for the first official time this spring as their March 8 night game at Glendale was rained out. Cincinnati will also visit Camelback Ranch on March 22, before the two squads square off in the regular season from July 25-28 at Dodger Stadium. Los Angeles will visit the Queen City from Sept. 6-8, the site where last year the Reds clinched the NL Central crown in front of the Dodgers. The Boys in Blue did take the season series from Rob Butcher’s Reds, 4-2.

Speaking of July 25 vs. the Reds, that is Vin Scully Bobblehead night presented by Bank of America at Dodger Stadium. Fans can still get their Hall of Fame collectible by purchasing a full season or 10-game mini plan ticket package at dodgers.com/tickets. In addition, individual tickets for Vin Scully Bobblehead night still remain on sale while supplies last and can be purchased online or by calling 323-Dodgers.

PLEADING THE FIFTH: The Dodgers fell to the Brewers in Maryvale yesterday, 3-2, and all the game’s runs were scored in the fifth inning. For Los Angeles, Mark Ellis, A.J. Ellis and Yasiel Puig each had two hits, while Hyun-Jin Ryu allowed three runs over 4.2 innings. Out of the ‘pen, Josh Wall (1.0 IP) and Chris Reed (2.0) tossed scoreless baseball.

Yasiel Puig is hitting .452 (14-for-31), which is good for third among all National League players this spring. In 15 games, the native of Cuba has three doubles, eight runs scored and six RBI. The 22-year-old prospect leads the club in games played, at-bats, runs and hits during this exhibition season. Non-roster invitee Brian Barden leads the club in average (min. 20 AB), hitting .478 (11-for-23) in 13 games.

The Dodgers continue to lead all NL clubs this spring with a .296 team batting average.

HEAD TO HEAD: A couple of Dodger infielders squared off in the World Baseball Classic this morning as Nick Punto’s upstart Italian squad fell victim to Hanley Ramirez’s favored Dominican team, 5-4. Team Italy jumped to a 4-0 lead, but the D.R. roared back, thanks to a key game-tying sacrifice fly by Ramirez, who finished the game going 1-for-2 with a walk and an RBI.

Hanley Ramirez is 2-for-11 with five walks in tournament play thus far, while Nick Punto went 2-for-3 with a run and a walk today, raising his WBC average to .467 (7-for-15) in four games.

MEDICAL MINUTE:  Yesterday, Dodger starter Zack Greinke flew back to Los Angeles and visited with team physician, Dr. Neal El Attrache, who diagnosed the right-hander with inflammation in the back of his elbow.  He received an injection of PRP and anti-inflammatory medication. Greinke will rest for 2-3 days and then return to a progressive throwing program.
PRIME CUT:  Dodger catcher A.J. Ellis will be attending the Coyotes-Kings game tonight and appear on PRIME TICKET with Patrick O’Neal between the first and second periods.
MOUND MEN: RHP Josh Beckett will make his third Cactus League start of the spring tonight and is looking to build on his 5.0-innings scoreless streak. The right-hander also threw on the minor league side last week and tossed 3.0 scoreless innings in that contest. Beckett  has given up just two hits and one walk while striking out six in those 5.0 Cactus League frames. The Texas native is limiting the opposition to a .118 average.
Dodger southpaw Ted Lilly, whose outing was washed away in Scottsdale last Friday, will make his second Spring Training appearance tonight. Lilly allowed one run in 2.0 innings during his only other outing on Feb. 28. Last season, Lilly won five of his first seven starts without a loss, but did not pitch again due to left shoulder inflammation after suffering his first defeat on May 23.

RHP Shawn Tolleson is set to make his fifth appearance of the spring today. Tolleson has posted a 2.45 ERA (1 ER/3.2 IP) thus far, while limiting hitters to a .231 average.

This afternoon, LHP J.P. Howell, RHP Kenley Jansen and RHP Brandon League all tossed 1.0 inning against  Japan’s Meiji University Baseball Club and then finished up by throwing live to outfielder Carl Crawford on the back fields.

OH WHAT A NIGHT: Last night, more than 300 members of the Dodger organization, including Major leaguers, minor leaguers, staff and family were treated to a special screening of “42,” hosted by Matt Kemp at the AMC Westgate in Glendale. The film chronicles how Dodger Hall of Famer Jackie Robinson was signed by Branch Rickey and broke Major League Baseball's color barrier when he played his first game for the Brooklyn Dodgers on April 15, 1947. Among the many Major Leaguers in attendance were Kemp, Clayton Kershaw, Carl Crawford, Don Mattingly, Dee Gordon, Brandon League, Tony Gwynn Jr., Aaron Harang, Tim Federowicz, Yasiel Puig and Rick Honeycutt .
Posted by Roberto Baly at 3:30 PM