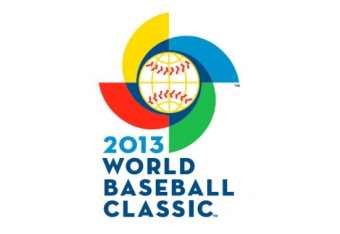 Thanks to the MLB Network for the following press release:

Secaucus, N.J., February 27, 2013 – MLB Network’s exclusive English-language telecast of the 2013 World Baseball Classic in the United States begins this Friday, March 1 at 11:30 p.m. ET and continues with all 39 games of the tournament through the Championship on Tuesday, March 19 at 8:00 p.m. ET. MLB Network’s Bob Costas, Jim Kaat, Joe Magrane, Harold Reynolds, John Smoltz, Matt Vasgersian, Tom Verducci and Matt Yallof are among the group of announcers scheduled to call the tournament, produced by MLB Network in the United States and by MLB International abroad. The complete list of announcers is outlined below.

In addition to televising all 39 games, MLB Network will extensively cover the World Baseball Classic in its studio programming, including World Baseball Classic Today, which debuts this Saturday, March 2 at 11:00 a.m. ET. Former Major League infielder and coach of the 2005 World Champion Chicago White Sox Joey Cora will serve as a guest analyst on the program from March 7-9. The tournament’s Championship Round will include on-site coverage with Intentional Talk live before each game and live pre- and postgame coverage on MLB Tonight on the field from AT&T Park in San Francisco.

The announcers for the World Baseball Classic on MLB Network are:

As part of its coverage of the world’s premier international baseball tournament, MLB Network’s live game telecasts will be available on an authenticated basis online and on Apple devices. At no additional cost, Bright House Networks, DirecTV and Time Warner Cable subscribers who receive MLB Network as part of their TV subscription will have access to all 39 games on computers at WorldBaseballClassic.com/Watch by logging in with their TV service provider information. Once users have authenticated online and created an MLB user profile, they can watch the tournament on Apple devices (iPad, iPhone and iPod Touch) via the WBCBaseball app, available on the Apple App Store. In addition to streaming all 39 games live, authenticated users will be able to view highlights and archived World Baseball Classic games from earlier in the tournament. The live streaming will be available beginning with the first game between Australia and Chinese Taipei this Friday, March 1 at 11:30 p.m. ET.