It starts today. Serie del Caribe will be held in Hermosillo, Sonora, Mexico.

Hanley Ramirez will be playing for the Dominican Republic.

Fernando Valenzuela will throw out the first pitch today and Sunday. He will also be inducted to the 'Serie del Caribe' Hall of Fame. {linked here} 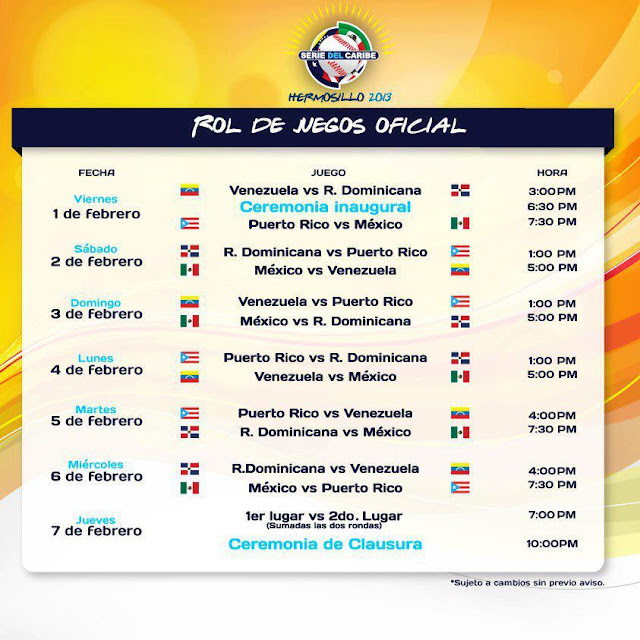 It will be played at a brand new stadium. It's the debut of 'Estadio Sonora'. There are rumors from Mexico that the stadium will be named 'Estadio Fernando Valenzuela'. {linked here}

I've been to that park several times. Great atmosphere. Here's a old picture. The new park looks similar to the new parks that you might see in Arizona for Spring Training. Here's a video of 'Estadio Sonora'.