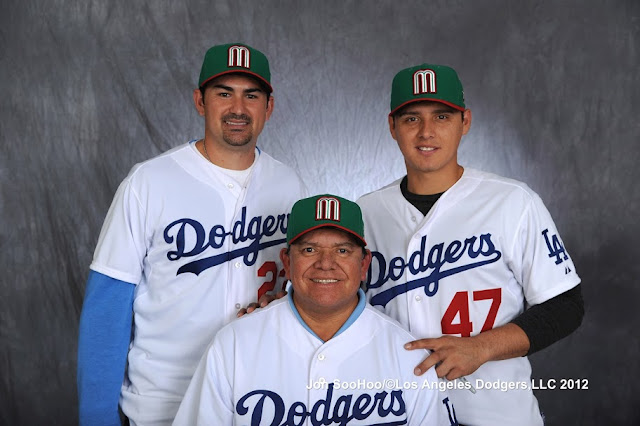 Teams with less than 28 players on their provisional rosters may fill the remaining spots prior to the Wednesday, February 20th deadline.  Each Federation must submit its final 28-man roster, including a minimum of 13 pitchers and two catchers, by February 20th.

The WBC will begin on Saturday, March 2 and the Dodgers will play host to Mexico’s World Baseball squad on March 6 at Camelback Ranch.

Pool A, which will be played at the Fukuoka Yahoo! Japan Dome from Saturday, March 2nd–Wednesday, March 6th, will include the countries of Brazil, China, Cuba and Japan.  The opening game at the venue on March 2nd will feature two-time defending champion Japan vs. newcomer and Qualifier victor Brazil, managed by Hall of Famer Barry Larkin, at 7:00 p.m. (all times local).

Chase Field and Salt River Fields at Talking Stick in Arizona will host games in Pool D, featuring Canada, Italy, Mexico and the United States from Thursday, March 7th–Sunday, March 10th.  Salt River Fields will host the opening game on March 7th at 1:00 p.m. between Mexico and Italy.  Team USA, managed by Joe Torre, will debut on the night of Friday, March 8th vs. Team Mexico at 7:00 p.m. at Chase Field in Phoenix.

Tickets are available for all tournament venues at www.worldbaseballclassic.com. MLB Network will be the exclusive English-language broadcast partner for all 39 games of the 2013 World Baseball Classic in the United States from March 2nd-19th.
Posted by Roberto Baly at 3:30 PM