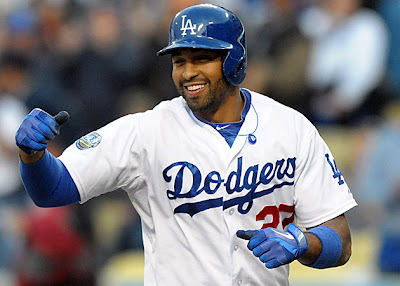 All-Star outfielder Matt Kemp will serve as the celebrity Grand Marshal in the 28th annual Kingdom Day Parade in South Los Angeles Saturday. The parade, in recognition of Martin Luther King Day, will be broadcasted on KABC-TV and is southern California’s largest King Day celebration.

The Dodgers are a sponsor of the 28th annual Kingdom Day parade themed “His Dream Will Never Die.” The Kingdom Day Parade commemorates the life and legacy of civil rights leader Dr. Martin Luther King Jr. King and wife Coretta Scott King. The parade is organized and presented by the Congress of Racial Equality (CORE-CA), KJLH Radio and LAUSD – Beyond the Bell.
Posted by Roberto Baly at 6:30 PM