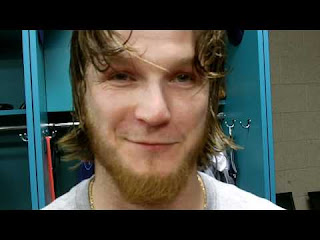 “J.P. adds to our bullpen, especially from the left side,” said Colletti. “He provides Don with additional choices of someone who has pitched at a high level in very competitive situations.”

Since 2008, Howell ranks seventh in the American League (min. 200 games) with a .209 opponents’ batting average and places 18th during that time with a 3.08 ERA. The Modesto, CA native has averaged more than a strikeout per inning in that span with 239 strikeouts and only 112 walks in 237.0 innings.

The 6-foot, 190-pounder was originally selected by Kansas City in the first round (31st overall) of the 2004 First-Year Player Draft and signed by current Dodger scout Chet Sergo. The Jesuit High School graduate (Carmichael, CA) originally attended the University of Southern California before transferring to the University of Texas. Howell and his wife, Heather, reside in St. Petersburg, FL.
Posted by Roberto Baly at 6:00 PM