Fernando Valenzuela will be inducted into Caribbean Hall of Fame on Sunday in Hermosillo, Sonora, Mexico

This is happening in Hermosillo, Sonora, Mexico! My mom's hometown. 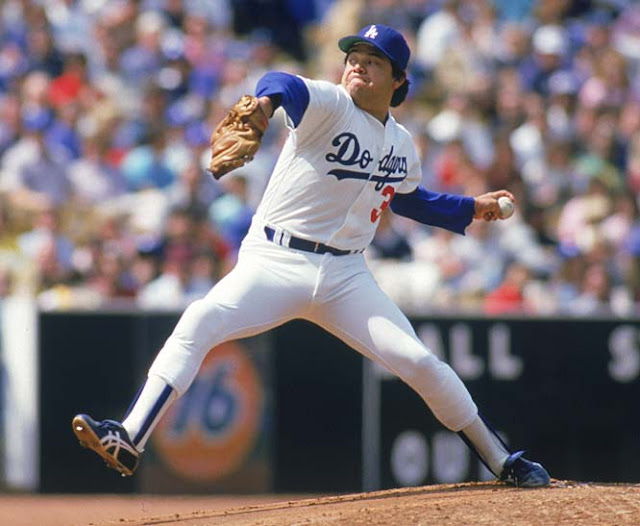 The Los Angeles Dodgers announced today that legendary Dodger left-handed pitcher and current Spanish-language broadcaster Fernando Valenzuela will be traveling to the Hermosillo, Sonora, Mexico to be inducted into the Caribbean Baseball Hall of Fame (Pabellón de la Fama del Caribe) Sunday, February 3 at 10:00 a.m. at Universidad Sonora, Centro de Los Artes. Valenzuela will be joined by Hall of Famers Jaime Jarrín and Tommy Lasorda and Dodger Executive Vice President and Chief Marketing Officer Lon Rosen. The Dodgers will also be on hand for pregame ceremonies prior to the 5:00 p.m. game Sunday (Mexico’s Yaquis de Obregón vs. Dominican Republic’s Leones del Escogido) and Valenzuela will throw the ceremonial first pitch.

Valenzuela’s career started in Sonora, Mexico playing for Mayos de Navojoa of the Liga Mexicana del Pacífico (LMP). He also played for Naranjeros de Hermosillo and Águilas de Mexicali in the LMP and played in the Caribbean Series. He will be honored for his career in the LMP and in Major League Baseball. Valenzuela is scheduled to travel to Hermosillo Friday to partake in the opening ceremonies of Estadio Sonora and the Caribbean Series at 6:30 p.m. Valenzuela will also throw the ceremonial first pitch prior to the 7:00 p.m. game (Mexico’s Yaquis de Obregón vs. Puerto Rico’s Criollos de Caguas).

Caribbean Baseball Hall of Fame (Pabellón de la Fama del Caribe) members are voted in by journalists, radio and television broadcasters and baseball historians from Mexico, Puerto Rico, Venezuela and the Dominican Republic. Each nominee has to receive a minimum 75 points on the ballot. Valenzuela received 175 out of a possible 200. The 2013 Caribbean Baseball Hall of Fame class also includes former Major Leaguers and LMP stars Alfonso “Houston” Jiménez and Ever Magallanes. Two former presidents of LMP, Renato Vega and Dr. Arturo León Lerma, will also be inducted.

A native of Navojoa, Sonora, Mexico, Valenzuela made his Major League debut at age 19 on the eve of Mexican Independence Day, September 15, 1980. Since 1945, Valenzuela is the only player in the Major Leagues to win his first eight career starts. In his first 90 innings with the Dodgers from September 1980 through May 14, 1981, Valenzuela posted a 10-0 record and 0.40 ERA. Valenzuela was the emergency starter on Opening Day, 1981 when he hurled a 2-0 shutout over Houston, one of five in his first eight starts that season. The phenomenon of “Fernandomania” that ensued traveled south to his native Sonora and throughout all of Mexico, making the Dodger pitcher one of the most significant athletes to ever come out of Mexico. While leading the Dodgers to the World Championship that year, he became the first player in Major League history to be named Rookie of the Year and win a Cy Young Award in the same season.

Valenzuela will return to the 2013 World Baseball Classic as the pitching coach for Team Mexico (2006, 2009) for the third consecutive time. He will enter his 11th season as the color commentator for the Dodgers’ Spanish-language radio broadcast, keeping “Fernandomania” alive and well in Los Angeles.
Posted by Roberto Baly at 5:30 PM