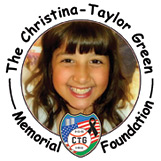 The Los Angeles Dodgers and Chicago Cubs along with the Pima County Sports and Tourism Authority and the Tucson Padres today announced that the two clubs will play a Spring Training game at Kino Veterans Memorial Stadium in Tucson on Thursday, March 21 at 1:05 p.m. with all proceeds going to the Christina-Taylor Green Memorial Foundation.

The Dodgers and Cubs are committed to supporting the Tucson community by helping raise funds for the victims and families affected by the events of January 8, 2011.

“We are very excited the Cubs agreed to play the Dodgers for this year’s game,” said John Green, father of Christina-Taylor Green and National Crosschecker for the Dodgers. “This game brings everything full circle for me since I played in the Cubs organization and my Dad (Dallas) was their General Manager.”

This will mark the Dodgers’ third annual benefit game in Tucson dating to 2011, when the Dodgers and Arizona Diamondbacks played a similar benefit game in Tucson with all proceeds going to the Tucson Together Fund. In addition, The Dodgers Dream Foundation, in partnership with the Diamondbacks, dedicated a Dodgers Dreamfield in Oro Valley, AZ on a field that was re-named in memory of Christina-Taylor Green.