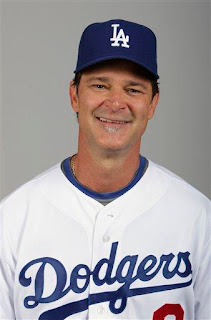 A Night of Entertainment with Don Mattingly

You won't want to miss A Night of Entertainment with Don Mattingly, as the Dodger manager invites you to come out to the Sports Museum of Los Angeles on January 24, 2013 for an exclusive peek at rare Dodger memorabilia, some laughs and plenty of talk about the Dodgers.

Hosted by comedian George Lopez, the night features performances by several comedians as well as a walking tour of the museum's incredible collection of Dodger artifacts dating all the way back to the franchise's infancy in Brooklyn. The night concludes with a Q&A session with Mattingly, who will answer fans' questions as the Dodgers cast an eye toward what will hopefully be a memorable 2013 season.

Order your ticket now, as space is limited, and proceeds from the event benefit Mattingly Charities and the Dodgers Dream Foundation.