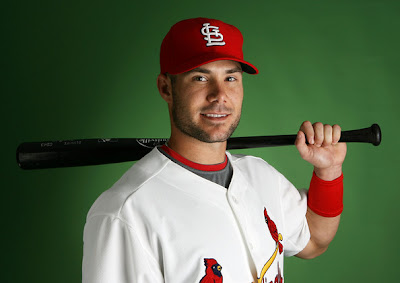 The eight-year Major League veteran had spent his entire career with the Cardinals, compiling a .288 batting average with 23 home runs and 211 RBI in 810 big league games from 2005-2012. Schumaker, who bats left-handed, has a .305 career batting average against right-handed pitchers and has hit well in the clutch, batting .295 with runners in scoring position and hitting .359 with the bases loaded.

Schumaker has appeared in 22 career postseason games, batting .278 with three doubles and six RBI, and played for the Cardinals’ World Series winning clubs in 2006 and 2011.

Schumaker, who was born in Torrance, attended Aliso Niguel High School (Aliso Viejo, Calif.) and the University of California, Santa Barbara before being selected by St. Louis in the fifth round of the 2001 First-Year Player Draft. He and his wife, Lindsey, have a son, Brody, and a daughter, Presley.

Lemmerman, 23, batted .233 with seven home runs and 46 RBI in 116 games with Double-A Chattanooga last season. The Newport Beach, CA native was originally selected by the Dodgers in the fifth round of the 2010 First-Year Player Draft out of Duke University.
Posted by Roberto Baly at 2:52 PM