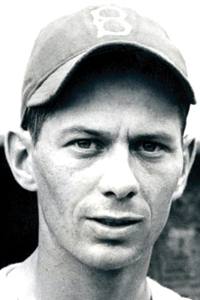 From Nick Diunte of the Examiner.com {linked here}

The roster of the living former Brooklyn Dodgers is now one player lighter. Boyd Bartley, former shortstop for the Brooklyn Dodgers passed away Friday evening in Richland Hills, Texas. He was 92.

Bartley was signed out of the University of Illinois in 1943 after receiving a bonus from the Dodgers to steer him away from his hometown Chicago Cubs. The young shortstop was heralded for his defensive prowess and received comparisons to then-Indians shortstop Lou Boudreau. The Dodgers wasted little time in testing Bartley’s skills, inserting him in to the lineup a day after he was signed, starting both games of a doubleheader against the Cincinnati Reds.

Rest in peace Boyd.
Posted by Roberto Baly at 1:00 PM