Dodgers have acquired Robert Rasmussen from the Astros for John Ely 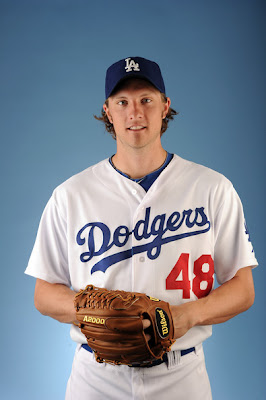 Rasmussen, 23, is a native of Arcadia and played collegiately at UCLA after starring at Polytechnic High School in Pasadena. In 2007, the Dodgers selected him in the 27th round of the amateur draft, but he decided to attend UCLA instead.

Rasmussen was selected by the Marlins in the second round of the 2010 amateur draft and then traded to the Houston organization on July 4, 2012 as part of the deal that sent Carlos Lee to Miami.

The Dodgers now have 39 players on their 40-man roster.
Posted by Roberto Baly at 11:45 AM