Yasiel Puig talks about leaving Cuba in a boat 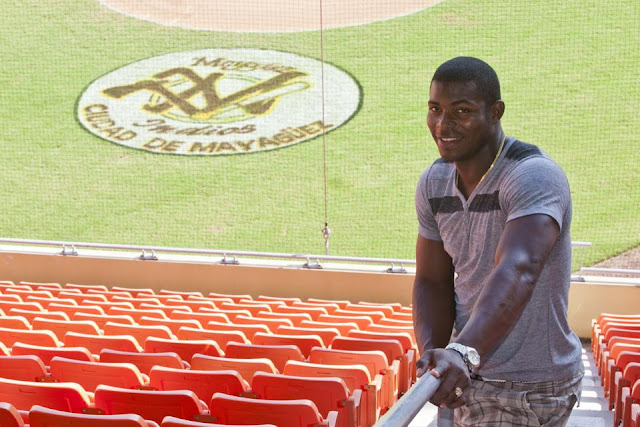 Yasiel Puig spoke to the media yesterday in Puerto Rico where he is playing winter ball. He opened up about his experiences in Cuba and how he left.

The whole article is in Spanish and there is a video. {linked here}

I left in a boat towards Mexico. You have to have courage to live in Cuba. Here in the U.S.A. is where you need to be or else you will stay in the middle of the ocean.

Nobody wants to talk about Mexico. Mexico is very violent. The United States is where one needs to be.

The article also says that Puig will stay in Puerto Rico until the first week of January because he has to return to Los Angeles to do some activities for the Dodgers.

I'm assuming it's for the winter development program that the Dodgers do every year.

I wish someone would ask him if he can catch. I've read several blogs from Cuba that Puig used to catch as a teenager. I wonder if he is interested in doing that. I'm sure that would be a quicker way to get here since the outfield is packed.

Many have compared Puig to Yoenis Cespedes of the Oakland A's. Puig says "Wait till I play for the Dodgers and you will see who is better".

Looking forward in watching this kid play.
Posted by Roberto Baly at 2:30 PM