Yasiel Puig made his debut last night in Puerto Rico 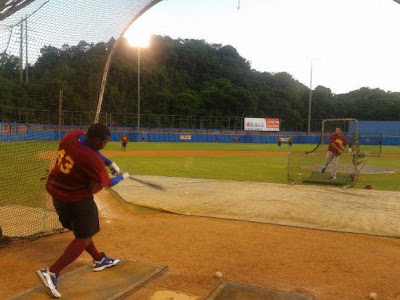 Puig made his debut in the Puerto Rican winter league last night playing for Indios de Mayaguez. He went 2-5 with a homer and two rbi's. If you're interested in following the games, click here.

Also worth to mention is that Puig hit that homer in his first at bat.

Would be nice if he wore 43 with the Dodgers! It would bring back memories of Mondesi!