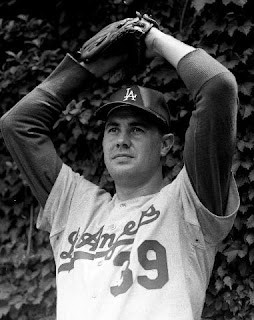 Former Dodgers pitcher Ken Rowe passed away last week. Rowe pitched in 14 games for the Dodgers during the 1963 season.

From the Cleveland Plain-Dealer - {linked here}

Rowe pitched professionally for 15 seasons. He spent time in the big leagues with the Los Angeles Dodgers in 1963 and Baltimore in 1964 and 1965. Rowe started his association with the Indians in 1991 as the pitching coach at Class AAA Colorado Springs.