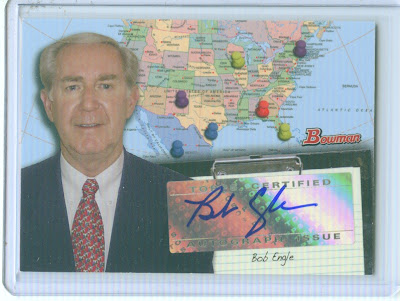 Engle, who served in the same capacity for the Seattle Mariners since 2004, has been in Major League Baseball since 1974 and has been instrumental in the signing of four Cy Young Award winners.

“Bob Engle and his knowledge of the international landscape is a great addition to our scouting team,” said Colletti.  “Our new ownership’s directive is to strengthen the Dodgers’ scouting, both domestically and internationally.  Developing future players through heightened scouting is paramount to the long-term success of the Dodgers’ organization.”

Engle, who also has worked for the Baltimore Orioles and Toronto Blue Jays, played a key role in the scouting and signing of Cy Young Award winners Roy Halladay, Chris Carpenter, Pat Hentgen and Felix Hernandez.

Hired as Midwest Scouting Supervisor by the Orioles in 1974, Engle moved to the Blue Jays two years later and spent the next 24 years with Toronto.  He was hired by the Blue Jays in 1976 as Eastern Scouting Supervisor, promoted to Eastern Regional Scouting Director in 1982, and to Director of Scouting in 1990.  He continued his advancement in the Blue Jays organization, becoming Assistant General Manager in 1995 and Senior Advisor, Baseball Operations in 1997.

Voted East Coast Scout of the Year in 2011, Engle is a member of the Pennsylvania Hall of Fame. A graduate of the University of Colorado, Boulder, Engle and his wife, Barbara, reside in Tampa, FL.
Posted by Roberto Baly at 11:19 AM