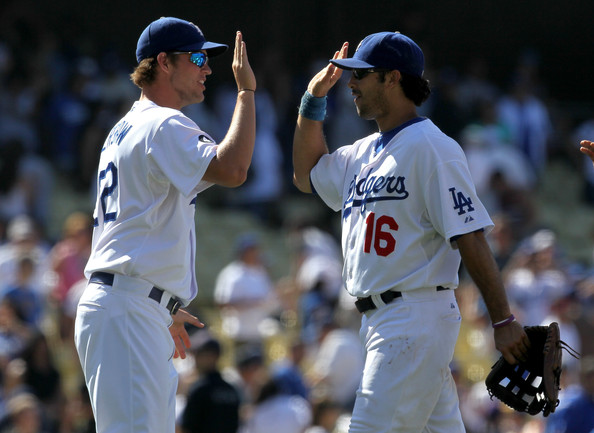 Ethier, 30, ranked second among National League right fielders with a .988 fielding percentage, committing just three errors in 146 games (142 starts) in right field this season. Ethier’s streak of 282 games (276 starts) from July 10, 2010-July 25, 2012 without an error was the second-longest active run among non-pitchers in baseball behind only Franklin Gutierrez and the second-longest errorless run by a Dodger outfielder behind only Brett Butler’s 306-game run from 1992-94.

Kershaw, 24, completed his second consecutive errorless season and has not committed an error since Aug. 1, 2010, a span of 76 games. The Texas native led the Majors with 11 pickoffs and has either led or tied for the National League lead in pickoffs in each of the last three seasons since 2010.

Changes implemented into the award program last year remain for 2012, including the separation of the three outfield positions and the unveiling of the top-three finalists plus ties at each position.

Each manager and up to six (6) coaches on his staff vote from a pool of qualified players in their League, and cannot vote for players on their own team.  Click here to view the 2012 Rawlings Gold Glove Award finalist.