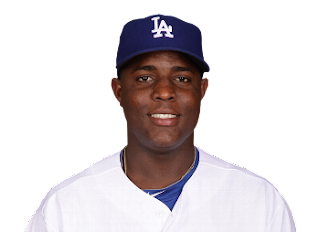 De La Rosa, 23, spent much of the 2012 campaign rehabbing from Aug. 9, 2011 Tommy John surgery and made just one Major League appearance, allowing two runs in 0.2 innings on Aug. 22. Sands, 26, was selected as the designated hitter on the All-Pacific Coast League team, batting .300 with 25 homers and 100 RBI in 119 games for Triple-A Albuquerque, and appeared in nine big league games for the Dodgers, hitting .174 with two doubles and an RBI.
Posted by Roberto Baly at 2:30 PM