I'm really happy for Clayton Kershaw. He deserves this award. 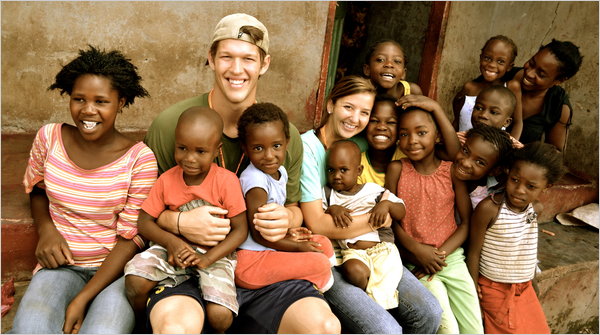 Dodger pitcher Clayton Kershaw was named the recipient of the 2012 Roberto Clemente Award presented by Chevrolet today at a press conference prior to Game Four of the World Series at Comerica Park in Detroit. The Roberto Clemente Award presented by Chevrolet recognizes a Major League Baseball player who best represents the game through positive contributions on and off the field, including sportsmanship and community involvement. The annual award pays tribute to Clemente’s achievements and character by recognizing current players who truly understand the value of helping others. It is named for the Hall of Famer and 15-time All-Star who died in a plane crash on New Year’s Eve 1972 while attempting to deliver supplies to earthquake victims in Nicaragua.

“Major League Baseball is proud to present our most prestigious off-field honor, the Roberto Clemente Award, to Clayton Kershaw,” said Baseball Commissioner Allan H. (Bud) Selig. “His accomplishments on the mound at such a young age are well known to baseball fans, but I am delighted that our game can shine a light on Clayton’s extraordinary efforts with his wife Ellen to make a difference in the lives of children in Zambia. Clayton Kershaw is a leader through his inspiring example, and he is a wonderful representation of the enduring, philanthropic spirit of Roberto Clemente.”

Clayton Kershaw and his wife, Ellen, founded Kershaw’s Challenge, a charitable organization that encourages people to make a difference by giving back to at-risk children and communities in need. The charity has provided assistance to a variety of organizations, including to its cornerstone charity, “Arise Africa,” which is helping the Kershaws build and sustain an orphanage for children in Lusaka, Zambia called “Hope’s Home.” In addition to providing a safe haven for orphans, Kershaw’s Challenge also seeks to create an emergency fund for the children, many of whom suffer from diseases and infections related to HIV and AIDS. Each year, Kershaw and his wife travel to the orphanage to visit with the children and bring awareness to this issue. He has also co-written a book with Ellen, released in January 2012, entitled, “Arise: Live Out Your Faith and Dreams on Whatever Field You Find Yourself,” which is about their life together and trips to Africa. Money raised from the book’s proceeds goes directly to Kershaw’s Challenge for Hope’s Home. In addition to Hope’s Home, Kershaw’s Challenge has also supported the Peacock Foundation in Los Angeles, which provides animal-assisted interventions and activities for at-risk youth by partnering with mental health practitioners, public service agencies, and community organizations. Kershaw’s Challenge is also involved with Mercy Street in his hometown of Dallas, Texas, which provides mentoring, sports and recreation, vocational and educational opportunities to young people in at-risk communities. Kershaw has participated in numerous Dodgers’ community initiatives such as the offseason Community Caravan, a Habitat for Humanity Build, the distribution of back packs and school supplies to 1,000 underserved children and the annual Dodgers Dream Foundation Youth Baseball Camp.

“It is an incredible honor to receive this award,” said Kershaw. “Just being associated with someone like Roberto Clemente is truly humbling and I am extremely grateful.”

“I am happy to congratulate Clayton Kershaw on being named the recipient of this year’s Roberto Clemente Award,” said Vera Clemente. “The work that this young man has accomplished to help youth around the world is wonderful, and we are proud to welcome him among the many players who have carried on Roberto’s legacy.”

On the field, Kershaw has established himself as one of the game’s best pitchers, earning the 2011 National League Cy Young Award, two All-Star selections (2011, 2012) and a Rawlings Gold Glove Award (2011). Kershaw has led the Majors in earned run average (ERA) in each of the last two seasons, becoming the first pitcher to do so since Pedro Martinez in 2002-03, and won the National League’s pitching Triple Crown in 2011, when in addition to the ERA title he tied for the league lead with 21 wins and led the NL with 248 strikeouts. Since making his debut on May 25, 2008, Kershaw has posted a 61-37 record and leads the Majors with both a 2.79 ERA and .215 opponents’ batting average in 151 games (149 starts) in that span. The 24-year-old southpaw was selected by the Dodgers in the first round (seventh overall pick) of the 2006 First-Year Player Draft out of Highland Park High School in Dallas, Texas.

Kershaw is just the second Dodger to capture this prestigious award, joining Steve Garvey, who was the 1981 Roberto Clemente Award winner.