It’s $1 Dodger Dog Day presented by Farmer John. Fans can leave the grilling to the Dodgers this Labor Day and enjoy the fan-favorite Dodger Dog for just $1 each.

ThinkCure! is an innovative, community-based nonprofit organization that raises funds to accelerate collaborative research to cure cancer.  The organization aims to find the cure for cancers by funding innovative research projects at City of Hope and Children’s Hospital Los Angeles by convening an objective, peer-based panel of expert doctors; awarding two-year grant applications once every year; and giving to the most promising collaborative and cutting edge cancer research projects that can involve other top cancer research hospitals.  For more information, please visit www.thinkcure.org. 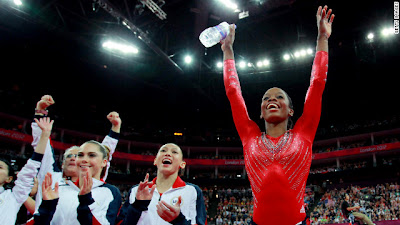 Members of the 2012 US Women’s Gymnastics Olympic Team Gabby Douglas, McKayla Maroney and Kyla Ross will be on hand for the first pitch. The team won the all-around gymnastics gold medal in London. Additionally, Southern California native Maroney took the silver medal in vault and Douglas won the individual all-around gold medal.

The Veteran of the Game is U.S. Marine Corps Corporal Armando Mendoza of Arizona. Mendoza enlisted in 2008 and twice served in Afghanistan in the role of cameraman/videographer, documenting everything from firefights to ceremonies for historical purposes. 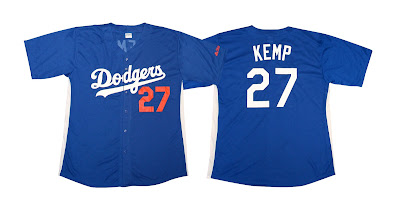 Fans with the first 30,000 tickets will receive a Matt Kemp replica jersey presented by State Farm available in sizes medium and extra large. The adult-sized batting practice jersey is one that has not been offered in several years.

Christian Haupt, a 4-year-old baseball phenom and Dodger fan discovered by Adam Sandler, will throw the ceremonial first pitch. Haupt, a native of Thousand Oaks, will star in an upcoming baseball movie, “That’s My Boy,” with Adam Sandler.

The Veteran of the Game is U.S. Marine Corps Sergeant Roy David who has served for 9 years as a sniper, reconnaissance scout and demolition expert.  He has been recognized with numerous awards including the Combat Action Medal. 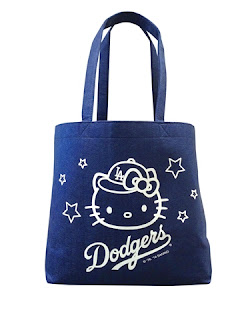 Back by popular demand, the Dodgers will distribute Hello Kitty ®  tote bags to fans with the first 50,000 tickets.  Hello Kitty will throw the ceremonial first pitch. Hello Kitty designer Yuko Yamaguchi will be on hand. Yamaguchi makes personal appearances throughout the world, and conducts signings in which she visits Sanrio stores and events and personally draws, signs and distributes pictures to fans. On Wednesday, Yamaguchi will draw a special Hello Kitty during pre-game which will be given away to a fan as part of the game’s lucky fan giveaway.

A special Hello Kitty premium package that includes an opportunity to meet Yuko Yamaguchi and Hello Kitty in person is also available now and can be purchased by calling the Dodgers Premium Seating and Services department at (323) 224-1370.

Click here for the autograph alley schedule.
Posted by Roberto Baly at 12:00 PM