What's going on at Dodger Stadium for the four game series against the St. Louis Cardinals?

Tonight is Fleece Blanket Night presented by Carl’s Jr. Fans with the first 30,000 tickets will receive a fleece blanket. 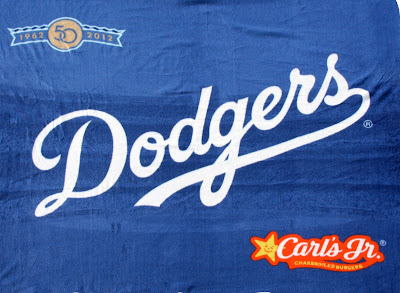 The Dodgers are thanking and paying tribute to the men and women of our nation’s armed services by honoring a Veteran of the Game at every 2012 home game.  Military members are given Field level tickets, complimentary parking, are invited to watch batting practice and are recognized during the game.

The Veteran of the Game Thursday is Marine Corps Corporal Sherman Watson of Texarkana, TX. Watson enlisted following the terrorist attacks on September 11, 2001 and served three combat tours in Iraq. His numerous awards include three Purple Hearts and the Global War on Terrorism Medal.

Helio Castroneves will throw the ceremonial first pitch. Castroneves is a three-time Indianapolis 500 winner who will be driving the Auto Club sponsored Penske Racing IndyCar this Saturday in the MAVTV 500 IndyCar World Championships at Auto Club Speedway in Fontana. He will also be competing in the upcoming season of ABC’s All-Star edition of “Dancing with the Stars,” after having won the fifth season of the hit show.

The Dodgers will honor all employees with 25 or more years of service to the organization on the field prior to the game.

The following Dodger employees will also be honored on the field prior to Thursday’s game: 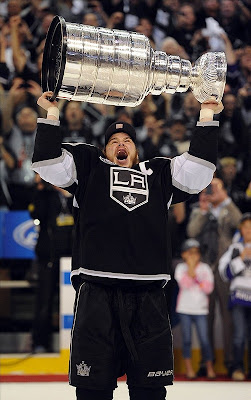 LA Kings Captain Dustin Brown will throw the ceremonial first pitch and be joined by his two sons in officially starting the game with “It’s Time for Dodger Baseball!” In the 2011-2012 Stanley Cup playoffs, Brown had 8 goals, 12 assists, 20 points and a plus minus of plus 16. These stats tied him for most in each category with teammate Anze Kopitar.

Melora Hardin best known for her role as Jan on NBC’s “The Office” will sing the national anthem and “God Bless America.”

The Veteran of the Game is Army Staff Sergeant Robert Lewis of Jacksonville, FL. Lewis served as Special Forces Medic and has been deployed twice to Iraq and once to Afghanistan. Lewis was awarded the Purple Heart and a Bronze Star and Meritorious Service Medal.

Friday is the 12th annual Strike OUT AIDS at Dodger Stadium presented by The Wall Las Memorias Project. The project constructed the only publicly funded AIDS Monument in the nation. The organization provides HIV prevention and testing services to the Los Angeles County residents. More information on the Wall Las Memorias Project can be obtained by emailing info@thewalllasmemorias.org

State Farm Go To Bat program honoree St. Anne’s will be recognized on the field. Founded in 1908 as a 12-bed hospital for pregnant, unwed youth mothers, it has evolved into one of Southern California’s most highly regarded social service agencies. St Anne’s remains committed to providing targeted programs and support services that support their mission of helping at-risk young women, children and families in need, without regard to race or religion.

Dodger Mark Ellis will receive the American Legion Graduate of the Year Award on Friday.

Awarded by The American Legion, the annual Graduate of the Year award is presented to the professional baseball player who played American Legion Baseball as a teenager, and who best exemplifies the principals and purposes of The American Legion – community service, leadership, sportsmanship, general good conduct, and integrity and playing ability. 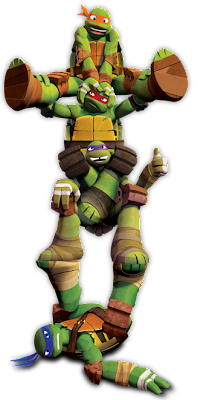 Leonardo, Donatello, Raphael and Michelangelo will be on hand to meet and greet fans in Autograph Alley when gates open, will present giveaways to lucky row prize winners and be on the field prior to the game.

The Teenage Mutant Ninja Turtles will also join Sean Astin as he throws out the first pitch. Astin, an actor, writer, director, and producer of hit films Lord of the Rings, The Goonies, and Rudy, is the voice of red-masked Raphael in Nickelodeon’s new Teenage Mutant Ninja Turtles series.
The Veteran of the Game is Army Sergeant Doc King from Calgary, Alberta, Canada. A third generation serviceman, he was awarded two Purple Hearts for injuries sustained in battle as a combat medic in Iraq.

More than 1,000 fans will be on hand from Jang Mu Won Hapkido, a martial arts organization that has six branch schools. They will be part of a pre-game demonstration on the field. More information on Jang Mu Won Hapkido can be found by visiting www.jangmuwonhapkido.com and www.kimshapkido.com.

Kellogg’s® Frosted Flakes® and the Dodgers will celebrate more than 140 years of Latino contributions to baseball with Hispanic Heritage Family Day. The first 30,000 fans will receive a Nomar Garciaparra booklet commemorating Hispanic contributions to Major League Baseball. Additionally, Kellogg’s will be showcasing a commercial documenting a clinic held by Nomar Garciaparra for under-privileged children and Tony the Tiger will be making an appearance at the Viva Los Dodgers pre-game festival to commemorate the day.

Apolo Ohno and Karina Smirnoff, who are partners on ABC’s All-Star edition of “Dancing with the Stars,” will throw the ceremonial first pitch. Ohno is an 8-time Olympic medalist for short track speed skating.

The Veteran of the Game is Navy 3rd Class Petty Officer PJ Walsh of New York. Walsh served as a Field Medic and Dental Technician at Camp Lejeune and was deployed to the Persian Gulf in support of Operations Desert Storm and Desert Shield. While serving at the Naval Hospital in Bethesda, Maryland, he was the primary Dental Technician for the First Family and the Vice President’s family.

Kids Run the Bases will take place following the game in addition to Dodger season ticket holder catch on the field. As part of several benefits offered this season that add exceptional value to being a Dodger season ticket holder, season seat holders will play catch on the field with friends and family after Sunday’s game. Complete details on benefits exclusive to season seat holders can be found by visiting www.dodgers.com/seasontickets.

Why don't the Dodgers honor the food service workers with 25+ yers of service?