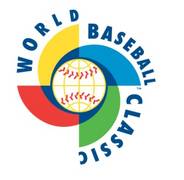 Team Mexico have released their pre-selected roster for the 2013 World Baseball Classic. 65 players are in the list. Only 28 will make the team. {From Bola Ensalivada}

Even if they are selected, players can always turn down the invitation. There are a few Dodgers on this list.

Former Dodgers Fernando Valenzuela and Juan Castro will be part of the coaching staff.
Posted by Roberto Baly at 11:00 AM