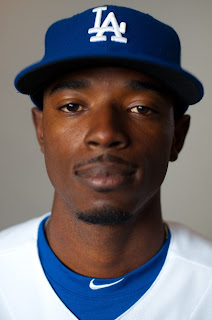 Gordon tore the UCL in his right thumb sliding into third base on July 4 vs. Cincinnati and has missed the last 57 games. The 24-year-old speedster led the Major Leagues with 30 stolen bases at the time of his injury and on the season is hitting .229 with 36 runs scored in 78 games. In eight rehab games for Albuquerque, Gordon hit .267 (8-for-30) with a triple and two steals.

The Dodgers now have 34 players on the active roster.
Posted by Roberto Baly at 3:30 PM