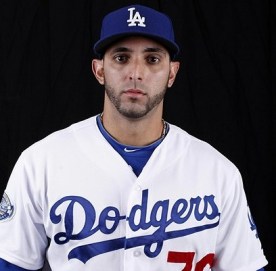 The Los Angeles Dodgers today recalled infielder/outfielder Alex Castellanos from Triple-A Albuquerque. The 26-year-old made his big-league debut on May 31 against the Brewers and will be making his third appearance on the Major League roster this season. He has hit .136 (3-for-22), with a triple and two RBI in 12 games with Los Angeles. Castellanos, who was acquired at the 2011 trade deadline from St. Louis in exchange for Rafael Furcal, batted .328 with 25 doubles, 17 homers and 52 RBI in 94 games with the Isotopes.
Posted by Roberto Baly at 3:30 PM