Dodger Jerry Hairston Jr. continues his season-long community program, Hairston’s Heroes, before Monday’s game. Hairston will host youngsters from The Boys and Girls Club of Carson. Kids will receive a T-shirt, meal voucher courtesy of Coca-Cola and a meet and greet on the field during batting practice with Hairston.

The Veteran of the Game is U.S. Navy Petty Officer First Class Kyron Anderson of Los Angeles.  Anderson has served as Flight Engineer for the P-3 Orion and C-130 Hercules for 16 years and has been deployed to Iraq, Oman, Qatar and Japan.

Tuesday is Sandy Koufax Bobblehead Night presented by Time Warner Cable. The Dodgers will pay tribute to Koufax and he will be featured on the next bobblehead night of the season as part of the Dodger Stadium Greats Bobblehead series. This marks the Hall of Famer’s first-ever Dodger Stadium bobblehead and it will be given to fans with the first 50,000 tickets.

The Veteran of the Game is U.S. Army Sergeant Jeff Arnold of Hacienda Heights. Arnold has served in multiple deployments for 7 years and is the recipient of the Army Commendation Medal with Valor for leadership and discipline during combat operations in Iraq. 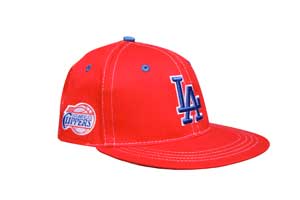 It is Clippers Night at Dodger Stadium. The Los Angeles Clippers led by All-Stars Chris Paul and Blake Griffin recorded their best season in six years in 2011-2012, a 40-26 record before being eliminated in the Western Conference Semifinals by the San Antonio Spurs.

The Veteran of the Game is retired U.S. Air Force Master Sergeant Steven Stillings, Sr. of Castiac. Stillings served for 24 years as an Explosive Ordnance Specialist.  He is the recipient of 2 Bronze Stars, Meritorious Service Medal, Air Force Commendation Medal and Combat Action Medal.  He currently serves as an Explosives Specialist with the Department of Homeland Security.