What's going on at Dodger Stadium for the three game series against the Miami Marlins? 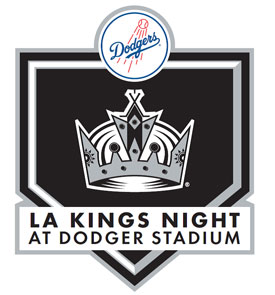 It is Kings Night at Dodger Stadium. Fans that purchased tickets in the sold out Coca-Cola All-You-Can-Eat Right Field Pavilion will receive a LA Kings branded scarf and enjoy unlimited Dodger dogs, nachos, popcorn, peanuts, Coca-Cola products and water. Kings’ mascot Bailey, the LA Kings Ice Crew and members of the Kings will be on hand for pre-game ceremonies including the ceremonial first pitch.

Dodger Jerry Hairston Jr. continues his season-long community program, Hairston’s Heroes, before Friday’s game. Hairston will host youngsters from Challenger’s Boys and Girls Club. Kids will receive a T-shirt, meal voucher courtesy of Coca-Cola and a meet and greet on the field during batting practice with Hairston.

The Dodgers will also be hosting the Promoting a Lifetime Activity for Youth (PLAY) Clinic from 10:00 a.m. to noon. Approximately 100 kids from LAPD’s Hollenbeck Division’s Cadet Program and the Boyle Heights Technology Youth Center will participate in this Professional Baseball Athletic Trainers Society (PBATS) public awareness campaign in conjunction with the Taylor Hooton Foundation. The PLAY Campaign promotes healthy living and decision making among children in America. All participants will receive a Dodgers cap upon registration and a Dodger goodie bag which includes four tickets to the Sunday, September 2 game against the Arizona Diamondbacks.

The Veteran of the Game is U.S. Army Staff Sergeant Rolando Flores of East Los Angeles. Flores enlisted in the Army in 2002 and has served four combat tours, totaling 51 months of combat in Iraq and Afghanistan.

Dodger All-Star center fielder Matt Kemp will host kids from Baldwin Hills Recreation Center for his Kemp’s Kids program. Kemp will host more than 25 kids who will receive Loge level tickets to the game, a “Kemp’s Kids” T-shirt, a sandwich courtesy of Subway, $25 in Dodger Dollars and will meet and take photos with Kemp during batting practice.

The Veteran of the Game is retired U.S. Air Force Master Sergeant Steven “Scuba” Stillings of Fresno. Stillings enlisted in 1988 and has been honored with several accolades during his service including the Bronze Star, Meritorious Service Medal, Air Force Commendation Medal among others. 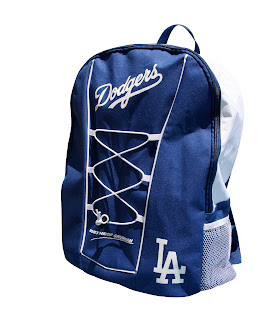 Kids 14 and under with the first 15,000 tickets will receive a Back to School Backpack presented by Northrop Grumman on Sunday.

The Veterans of the Game are a father, Ignacio Avila, and his sons, Robert Avila and Reggie Avila, who reside in Gardena. Ignacio is a retired Army sergeant and served by maintaining tankers in Germany during the Vietnam War. Brothers Robert and Reggie each enlisted in the Air Force in 2000 and both currently serve as technical sergeants.

Kids Run the Bases will take place following the game in addition to Dodger season ticket holder catch on the field. As part of several exciting benefits offered this season that add exceptional value to being a Dodger season ticket holder, season seat holders will play catch on the field with friends and family after Sunday’s game. Complete details on benefits exclusive to season seat holders and information on plans for the remainder of the 2012 season can be found by visiting www.dodgers.com/seasontickets.

Seems a lot of Kings fans are upset that no current Kings players will be in attendance as advertised on the Kings website. Fans were looking forward to autographs and are now calling Dodgers ticket sales asking for refunds because according to a lot o Kings fans, "I don't even like baseball" and "So not a baseball fan". I'm both a hockey and Kings fan and am looking forward to tomorrow's game. Check it out yourself on the "Let's Go Kings" website. That's the official fan forum.

I meant both a hockey fan an baseball fan

Over on the Go Kings board someone said a Dodgers rep put the blame on the Kings for misleading the Dodgers in thinking they would bring more people to the event. That rep also said the Dodgers probably wouldn't be doing anymore Kings events in the future.

I kind of doubt that will be the case seeing how these Kings events always sell out, and especially after the Kings won the Cup. The backlash and outrage by certain Kings fans shouldn't be that shocking though. Eventhough I think most people asking for a refunds are using the excuse of not liking baseball as code for saying they're not going anymore because they are Angels fans, still if the same exact thing happen to Dodgers fans for a Kings game you better believe the reaction would have been a hundred times worst.

Just imagine if Dodgers night at Kings was advertised that if you buy a special (more pricey) ticket that you would be given access to a autograph session that will be attended by many current Dodgers players and alumni, only to find out the autograph session is open to everyone who attends the game, and the only person signing is Eric Collins.

I imagine most Dodgers fans wouldn't take it as lightly as the Kings fans did. Still I'm happy to be getting a limited edition scarf and being able to celebrate the Kings and the Dodgers. I do one AYCE game a year, so this is my one game. I doubt this will happen, but if we are able to take a picture with the cup or if we get early access to this season's Bailey Buddy, I will leave a very happy man.

Also on the subject of the backpack, some people astound me with the type of scams they try to pull to get certain giveaway items. The other day when I was at Fernando bobblehead someone started an argument with Dodgers employees over the fact they told him he wouldn't be getting a backpack on Sunday if he didn't have a kid. The guy kept arguing his kid was going to be somewhere else and he was simply picking up the backpack for his kid.

Man some of the Dodgers employees are saints for having the patience to deal with some of these clowns. I wanted to tell the guy for the employees, " yeah you can pick one up off of ebay you jackass!" These people make us look bad as Dodgers fans.