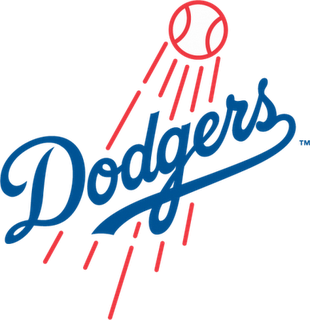 The nine-player trade is the largest in Los Angeles Dodger history.

“We continue to do everything in our power to strengthen our team for the stretch drive in an effort to reach the postseason,” said Colletti. “This trade today exemplifies ownership’s commitment to making the team as good as possible not only for 2012 but for many seasons to come.”

Gonzalez hit .300 with 15 homers and 86 RBI in 123 games with the Red Sox this season and ranks second in the Major Leagues with a .398 (53-for-133) batting average with runners in scoring position. His .338 batting average since the All-Star break ranks eighth in the American League.

In his postseason career, Beckett is 7-3 with a 3.07 ERA and three shutouts in 13 playoff starts. The three postseason shutouts are tied for second in Major League history. The Texas native was the MVP of the 2003 World Series with Florida, when he went 1-1 with a 1.10 ERA against the New York Yankees and won the clinching game at Yankee Stadium. Beckett earned ALCS MVP honors in 2007, when he won both starts vs. Cleveland and posted a 1.93 ERA. In 93.2 postseason innings, he’s allowed just 67 hits while striking out 99 batters. On Thanksgiving Day 2005, Beckett was the centerpiece of a deal that brought him from Florida to Boston in exchange for then prospect and current Dodger Hanley Ramirez.

Punto, a switch-hitter and outstanding defender who has played second base, third base, shortstop and center field in 12 Major League seasons with Philadelphia, Minnesota, St. Louis and Boston, was a member of the Cardinals’ World Championship team last fall. His best full season was 2006 with Minnesota, when he hit .290, with 45 RBI and 17 stolen bases. This season, Punto is hitting .200 with a homer and 10 RBI in 65 games. The native of Mission Viejo had a fielding percentage of .985 in 50 games at every infield position this season.

At the end of his rookie campaign, Loney hit his first career grand slam and tied a Dodger franchise record with nine RBI on Sept. 28, 2006 at Coors Field. The nine RBI tied Gil Hodges and broke Ron Cey’s Los Angeles Dodger record of eight RBI in a game. In 2008, Loney’s grand slam in Game 1 of the NLDS at Wrigley Field helped spark a three-game sweep of the Cubs and lead Los Angeles to its first NLCS since 1988. The free-agent-to-be was hitting .254 with a .302 on-base-percentage and just four home runs in 114 contests this season.

De Jesus was selected by the Dodgers in the second round of the 2005 First-Year Draft and has hit .231 with four RBI in 40 career Major League games at second and third base. The 25-year-old is a career .297 hitter in eight minor league seasons. De Jesus was the Dodgers’ Branch Rickey Minor League Player of the Year following the 2008 season when he hit .324 with 91 runs scored for Double-A Jacksonville.