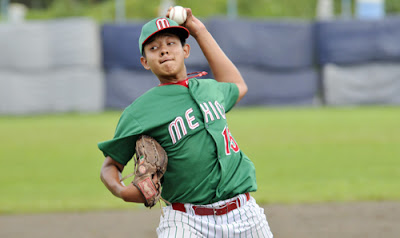 I like it that the Dodgers are getting back into the international scene.

The Dodgers have signed Julio Urias, a 16-year-old lefthander from Mexico.

Some scouts considered Urias, whose rights were transferred from the Mexico City of the Mexican League, to be one of the better pitching prospects on the market. He has touched 92 mph and shown good feel for pitching for his age.

Is it too soon to start Fernando comparisons?