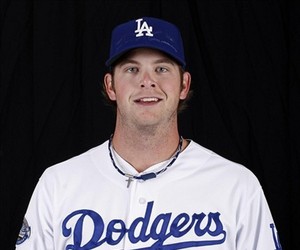 The Los Angeles Dodgers today recalled right-handed pitcher Josh Wall from Triple-A Albuquerque and optioned right-hander Shawn Tolleson to Single-A Rancho Cucamonga. Tolleson had made 13 consecutive scoreless appearances (11.2 IP) from July 24-Aug. 24 before allowing two runs on back-to-back homers in 1.1 innings of work yesterday. Overall, the 24-year-old was 1-0 with a 3.42 ERA in 25 appearances with Los Angeles.

Wall, who was recently named to the All-Pacific Coast League team, joins the active roster for the second time this season after a call-up from July 14-22. The 25-year-old made his big league debut and his only Major League appearance on July 22 at New York, tossing a scoreless inning of relief and picking up the win in the Dodgers’ 8-3, 12-inning victory. Wall has posted a 1.98 ERA (3 ER/13.2 IP) and a .188 opponents’ batting average in 14 relief appearances with Albuquerque since the All-Star break, going a perfect 9-for-9 in save opportunities in that span. Overall, Wall, who was originally selected by Los Angeles in the second round of the 2005 First-Year Player Draft, leads the Pacific Coast League with 27 saves and is 2-1 with a 4.70 ERA in 53 games.
Posted by Roberto Baly at 4:30 PM