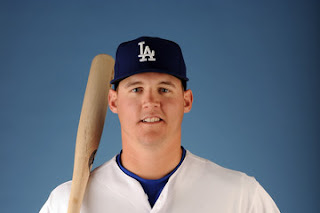 Sands, 24, has hit safely in his last 10 games with Triple-A Albuquerque, batting .476 (20-for-42) with six home runs and 21 RBI since July 27. Since the All-Star break, Sands leads the Pacific Coast League with nine home runs, a .733 slugging percentage and 28 RBI (T-1st) and ranks ninth with a .372 batting average in 23 games. He was selected as the league’s Player of the Week for the period of July 23-29 after becoming just the fifth player in PCL history to hit two grand slams in a game, doing so in the second game of Albuquerque’s doubleheader on July 29 at Nashville. Overall, the North Carolina resident is batting .286 with 21 homers and 82 RBI in 95 games with the Isotopes, including a .318 batting average with runners in scoring position. Sands will be making his second appearance with the Dodgers this season after hitting .200 with two doubles and an RBI in eight games during his first call-up in May and has a .248 batting average with four homers and 27 RBI in 69 career Major League games.
Posted by Roberto Baly at 9:30 AM