What's going on at Dodger Stadium for the three game series against the Philadelphia Phillies?

Dodger Jerry Hairston Jr. continues his season-long community program, Hairston’s Heroes, before Monday’s game. Hairston will host youngsters from The Boys and Girls Club of Pomona Valley. Kids will receive a T-shirt, meal voucher courtesy of Coca-Cola and a meet and greet on the field during batting practice with Hairston.

The Veteran of the Game is U.S. Army Reserve Major Anthony Leyva of Rancho Cucamonga. Leyva is a West Point military academy graduate, carrying on a tradition of military service which includes both his parents and grandparents who served in World War II. Leyva has also served several deployments in Iraq and Afghanistan. 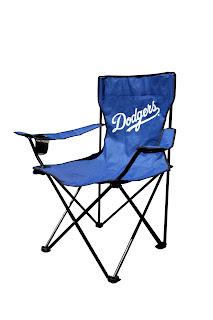 Fans with the first 30,000 tickets on Tuesday will receive a voucher for a Beach Chair presented by Farmer John. Distribution of the Beach Chair will begin 60 minutes after the first pitch and will end 60 minutes after the final out of Tuesday’s game in parking lots B, D, G, L, N and P. Fans that leave the stadium gates to redeem their vouchers will not be allowed re-entry into the stadium. The Dodgers encourage fans to plan accordingly.

Rainn Wilson of NBC’s “The Office” will throw the ceremonial first pitch.

The Veteran of the Game is U.S. Army Master Ruben Cardenas of Whittier.


A group from Mattel Children’s Hospital at UCLA will be hosted by Dodger pitcher Chad Billingsley as part of the “Chad’s Champs” community program. Each youngster will receive a program T-shirt, meal voucher courtesy of Coca-Cola and will get to meet Billingsley on the field during Dodgers batting practice.

Approximately 5,000 kids will be on hand as part of Camp Day. Alex Lavelenet will sing the national anthem and “God Bless America.”