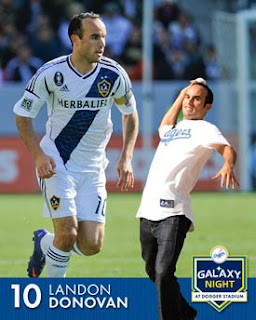 Dodger fans can purchase a ticket package for $33 that includes a seat in the Coca-Cola All-You-Can-Eat-Pavilion and a limited edition picture autographed by Galaxy and US Soccer star Landon Donovan. Tickets in the Coca-Cola All-You-Can-Eat-Pavilion feature unlimited Dodger dogs, nachos, popcorn, peanuts, Coca-Cola products and water. Fans can purchase tickets by visiting www.dodgers.com/galaxy.

The Veteran of the Game is U.S. Army Corporal Wesley Leon-Barrientos of Bakersfield. Leon-Barrientos has served in multiple deployments to Iraq and is the recipient of three Purple Hearts, five Army Commendation Medals and two Army Good Conduct Medals. 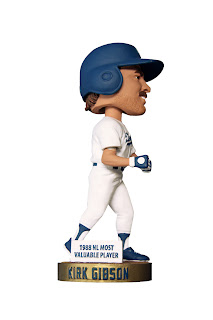 Tuesday is Kirk Gibson Bobblehead Night presented by San Manuel Indian Bingo & Casino. The seventh bobblehead in the Dodger Stadium Greats Bobblehead series highlights Gibson’s iconic fist-pumping celebration after his walk-off home run in game one of the 1988 World Series. Fans with the first 50,000 tickets will receive the Gibson bobblehead.

The Veteran of the Game is US Army Staff Sergeant David Fimbres of Bakersfield. Fimbres has served in multiple deployments in Iraq and is preparing for an upcoming deployment in Afghanistan. 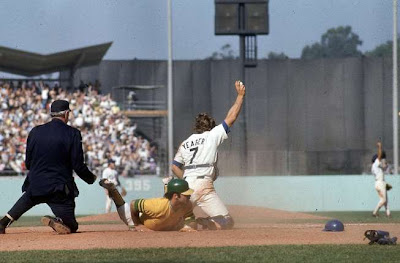 Former Dodger catcher, 1981 World Series MVP and current Dodger catching instructor Steve Yeager will throw the ceremonial first pitch in celebration of the 40th anniversary of his Major League debut with the Dodgers.

Yeager made his Major League debut on Aug. 2, 1972 as the starting catcher for Hall of Fame pitcher Don Sutton and the Dodgers against the San Francisco Giants. He recorded the first hit of his career that day with an RBI single in the sixth inning and scored two runs in the Dodgers’ 12-11 win, which was punctuated by Bill Russell’s walk-off home run in the bottom of the ninth.

The Veteran of the Game is retired US Air Force Crew Chief Susan Lee of Lancaster. Lee was one of the first female F-4 Crew Chiefs on the east coast.

It is Camp Day at Dodger Stadium. More than 4,500 campers will attend the game.