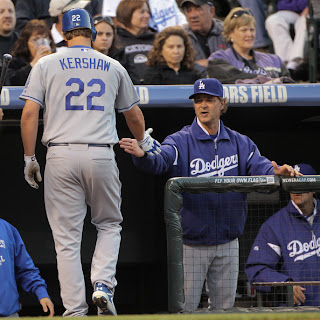 As of this morning, Los Angeles Dodgers Clayton Kershaw and Don Mattingly join Angels Torii Hunter, Mark Trumbo and  C.J. Wilson and Texas Rangers Josh Hamilton and Ian Kinsler on the growing roster of MLB players who are part of the launch of Egraphs, the new company that connects fans and players through "next generation" autographs that include personalized written and voice messages.

The seven stars added today bring the number of stars announced as part of the city-by-city introduction of egraphs to 24. Ten of the previously announced 17 players have already sold out of their inventory. The 24 featured players include four MVP's (Jimmy Rollins, Dustin Pedroia, Don Mattingly and Josh Hamilton); three Cy Young award winners (Cliff Lee, Pedro Martinez and Clayton Kershaw); two Rookies of the Year (Jeremy Hellickson and Kerry Wood) a Comeback Player of the Year (Tim Wakefield) and Gold Glove and All-Star honorees galore.

Many players are choosing to do their egraphs for charity - including both Mattingly and Kershaw. 100% of all proceeds from Don Mattingly e-graphs will benefit  Mattingly Charities efforts to provide baseball themed programs and equipment for disadvantaged youth while Clayton Kershaw's proceeds will go to the Kershaw's Challenge foundation which supports childrens' charities around the world. Other stars signing egraphs for charity include Kerry Wood and Joe Maddon.

Egraphs launched on July 12, 2012 and has hit a home run out of the box. Former MLB'er Gabe Kapler is the company's Director of Business Development and is available to talk about the new venture. Please let me know if you would lie to follow-up on this.