Breaking News - It's official, Hanley Ramirez is coming to L.A.

But it's now official! The Dodgers announced it. Hanley Ramirez is coming to Los Angeles. 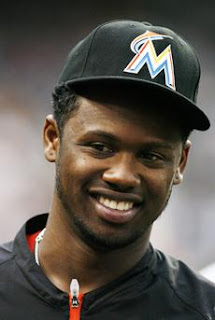 “The addition of a hitter the caliber of Hanley Ramirez improves our lineup from top to bottom, inserting a proven run producer to go along with Matt and Andre,” said Dodger General Manager Ned Colletti. “We’re excited for Hanley to begin a new chapter in Los Angeles.”

After playing exclusively at shortstop through the first seven seasons of his career, Ramirez transitioned to third base this season and was hitting .246 with 14 home runs and 48 RBI through 93 games with Miami. Ramirez was originally signed by Boston as a non-drafted free agent out of the Dominican Republic in 2000 before being traded to the Marlins as a part of six-player deal in November of 2005 that netted Boston Josh Beckett.

Choate has a 2.49 ERA in 44 relief appearances with the Marlins in his 12th Major League season. The 36-year-old has limited opposing hitters to a .178 batting average this season, including a .150 mark by left-handed hitters. Choate has allowed just three extra-base hits while striking out 27 in 25.1 innings this season.

“Randy Choate is a veteran pitcher that provides depth to our bullpen and gives Don Mattingly another left-handed relief option,” said Colletti.

Eovaldi, 22, was 2-8 with a 3.96 ERA in two Major League seasons, including a 1-6 mark with a 4.15 ERA in 10 starts with the Dodgers this season. McGough, 22, was the club’s fifth-round selection from the 2011 First-Year Player Draft out of the University of Oregon and was 3-5 with a 3.99 ERA and five saves in 35 relief appearances for Single-A Rancho Cucamonga in his second professional season.
Posted by Roberto Baly at 7:42 AM