What's going on at Dodger Stadium for the three game series against the White Sox?

Josh Henderson, who plays John Ross Ewing on the new remake show “Dallas” on TNT, will throw out the ceremonial first pitch.

Dodger Jerry Hairston Jr. continues his season-long community program, Hairston’s Heroes, before Friday’s game. Hairston will host youngsters from The Boys and Girls Club of Los Angeles Harbor-Wilmington. Kids will receive a T-shirt, meal voucher courtesy of Coca-Cola and a meet and greet on the field during batting practice with Hairston.

Saturday is Girl Scouts Night at Dodger Stadium with more than 1,000 Girl Scouts and their families in attendance to celebrate the 100th anniversary of the Girl Scouts of America. Founded in 1912, Girl Scouts of the USA is the preeminent leadership development organization for girls, with 3.2 million girl and adult members worldwide and seeks to build girls of courage, confidence, and character who make the world a better place. The Girl Scouts in attendance through this group sale night will receive special edition patches and a pre-game recognition is planned. 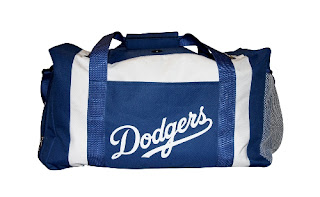 It’s Father’s Day presented by United Airlines on June 17. Fans with the first 20,000 tickets will receive a sports bag. After the game, Dads and their families are invited on to the field for the Dodgers’ annual Father’s Day Catch.

It is also Viva Los Dodgers Day, presented by State Farm, Chevrolet and Time Warner Cable. The season-long initiative is in its third year and celebrates Latino culture in Los Angeles at a family-friendly pregame festival held in lot 6 two hours prior to each Sunday's game.

Boxers Joselito Lopez and Chris Arreola will sign autographs for fans at Viva Los Dodgers at 11:45 a.m. followed by a first pitch. Lopez is making an appearance to promote his upcoming fight at Staples Center against “Vicious” Victor Ortiz on Saturday, June 23. Dodger Alumnus Tommy Davis will also sign autographs for fans from 11:10 a.m-12:30 p.m.. For more information, visit www.dodgers.com/viva.

MLB’s Pitch, Hit & Run Team Championship Competition is at Dodger Stadium. This spring, more than 650,000 children participated nationwide in MLB’s free Pitch, Hit & Run program. Prior to the game, the top 12 boys and top 12 girls qualifiers from Southern California and Hawaii will compete in hopes of advancing to the National Finals at the 2012 Major League Baseball All-Star Game in Kansas City, Missouri. The 2012 Los Angeles Dodgers Team Champions will be introduced during pre-game ceremonies.

The Veteran of the Game is Navy Cross recipient and U.S. Marine Corporal Christopher Farias of Houston, Texas.

Dodger pitcher Aaron Harang will host a group of military family members as part of Aaron’s Aces which occurs every Sunday home game. Harang’s guests receive game tickets, complimentary parking and meal vouchers courtesy of Coca-Cola. The group also gets a meet and greet on the field with Harang during batting practice along with an autographed Aaron’s Aces T-shirt.
Posted by Roberto Baly at 4:30 PM