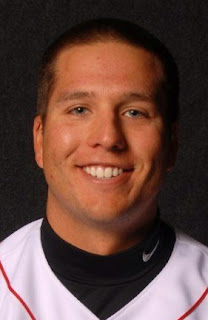 The Los Angeles Dodgers today placed right-handed reliever Javy Guerra on the 15-day disabled list (retroactive to June 3) with right knee inflammation, selected the contract of right-handed reliever Shawn Tolleson from Triple-A Albuquerque and transferred right-hander Matt Guerrier to the 60-day disabled list. Guerra, 26, was 2-3 with eight saves and a 3.38 ERA in 27 relief appearances this season, while Guerrier has been on the disabled list since April 19 with right elbow tendinitis after going 0-1 with a 2.70 ERA in seven games.

Tolleson, 24, will hope to make his Major League debut and has gone a combined 0-1 with five saves and a 2.82 ERA in 19 relief appearances with Double-A Chattanooga and Triple-A Albuquerque. The Texas native has limited opposing hitters to a .198 batting average with 34 strikeouts in 22.1 combined innings this season, last pitching on Thursday with two strikeouts in a scoreless inning against New Orleans. Tolleson was named the Dodgers’ 2011 Branch Rickey Minor League Pitcher of the Year, going a combined 7-2 with 25 saves and a 1.17 ERA in 57 relief appearances with Single-A Great Lakes, Single-A Rancho Cucamonga and Chattanooga. Tolleson, who will wear No. 38, has 178 strikeouts in 120.0 innings in his three professional seasons and was originally selected by Los Angeles in the 30th round of the 2010 First-Year Player Draft out of Baylor University.
Posted by Roberto Baly at 1:30 PM