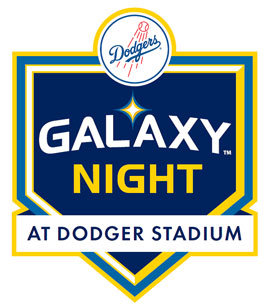 The Los Angeles Dodgers and 2011 MLS Cup Champion LA Galaxy will offer two separate ticket packages for the first time ever that offer fans the opportunity to attend a Galaxy game at The Home Depot Center (June 23 vs. Vancouver Whitecaps FC at 7:30 p.m.) and a Dodger game (July 30 vs. Arizona Diamondbacks at 7:10 p.m.) at a discounted rate and featuring exclusive dually-branded giveaway items. This marks the first year that the Dodgers will partner with the Galaxy for a ticket offer.

At Dodger Night with the Galaxy at The Home Depot Center, Dodger alumni will join the Galaxy that evening for an autograph session and pregame ceremonies. The Galaxy has created a special discount for Dodger fans offering $26 Endline tickets and $46 Sideline tickets and the first 500 fans to purchase these seats will receive a limited edition co-branded Dodgers and LA Galaxy scarf.

At LA Galaxy Night at Dodger Stadium, the Dodgers are offering LA Galaxy fans a $33 ticket package that includes a ticket to the Coca-Cola All-You-Can-Eat-Pavilion, a limited edition hand-signed photo by LA Galaxy and US Soccer star Landon Donovan and access to a pre-game autograph session with current Galaxy players. Galaxy fans can enjoy Dodger favorite concession items including unlimited Dodger dogs, nachos, popcorn, peanuts and Coca-Cola products all included in the price of their July 30 ticket.

Tickets to Dodgers Night with the LA Galaxy at The Home Depot Center on June 23 and LA Galaxy Night at Dodger Stadium on July 30 are limited and can be purchased by visiting www.dodgers.com/galaxy.
Posted by Roberto Baly at 9:00 AM