What's going on at Dodger Stadium for the three game series against the St. Louis Cardinals? 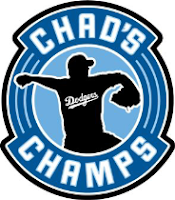 Dodger pitcher Chad Billingsley will host a group of 10 youngsters from Mattel Children’s Hospital UCLA as part of his community program, Chad’s Champs. Kids receive a Chad’s Champs program t-shirt, meal voucher courtesy of Coca-Cola and a ticket to the day’s game. Billingsley meets and takes photos with the group during batting practice at 5 p.m.

The Dodgers have been showing support for the L.A. Kings with players wearing black and silver LA hats during batting practice on Tuesday and several players recording “Go Kings” messages that have been played at Staples Center during the club’s playoff run. Before tomorrow’s game, the Kings’ doubledecker bus, the LA Kings Bandwagon presented by San Manuel Indian Bingo and Casino, will be on site in Lot G prior to the game. The Ice Crew and Kings’ mascot Bailey will be on board with prizes to hand out.

Jamar Rodgers of “The Voice” will sing the national anthem.

The Dodgers honor a Veteran of the Game at every home game by treating them to Field Level tickets and a batting practice experience and recognizing them on the field during pregame ceremonies. Friday’s Veteran of the Game is Marine Corps Staff Sergeant Osman Lima of Los Angeles. Lima’s accolades serving in Operation Iraqi Freedom 1, among many international deployments, include two Navy and Marine Corps Commendation Medals with Combat Valor, two Navy and Marine Corps Achievement Medals, two Marine Corps Good Conduct Medals and the combat action ribbon.

Fans can enjoy Friday Night Fireworks from the field after the game. Music from the 1980s will be the soundtrack to Friday’s show that takes place immediately following the game.

As part of the Dodgers season-long celebration of Dodger Stadium’s 50th Anniversary, the Dodgers will hold their inaugural FanFest presented by State Farm Saturday. The event begins at 12:00 p.m. runs until game time and will feature appearances and autographs by more than 45 past and present Dodgers.

Hall of Fame Manager Tommy Lasorda will host a Lasorda Wine tasting for Dodger season ticket holders with their MVP cards and Dodger Premium clients exclusively in addition to signing autographs and addressing the crowd at the event.

FanFest will also feature family-friendly games and activities for Dodger fans to enjoy. Food, beverages and Dodger merchandise will be available for purchase at FanFest. All players are subject to change. Fans are asked to limit autographs to one item per person in order for as many fans to receive an autograph as possible.

Entry is included in the price of a game ticket for that day. Tickets will be available for purchase on site in Lot G starting at noon. A complete schedule that includes interview and autograph session timings can be found at www.dodgers.com/FanFest. Fans are also encouraged to download and pre-sign the waiver form needed for entry.

Jermaine Paul, winner of this season’s “The Voice,” will sing the national anthem. 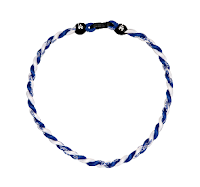 As part of pregame ceremonies Sunday, the Dodgers will have more than 8,000 Little Leaguers from District 37, Sherman Oaks Little League, Pomona Southwest Little League, and various other youth baseball leagues throughout Southern California partake in a Little League Parade.

This Sunday, the first 15,000 ticketed children 14 and under in attendance will receive a Kids Power Necklace presented by Wetzel’s Pretzels.

It is also a Viva Los Dodgers Day, presented by State Farm, Chevrolet and Time Warner Cable. The season-long initiative is in its third year and celebrates Latino culture in Los Angeles at a family-friendly pregame festival held in lot 6 two hours prior to each Sunday's game.

This Sunday starting at 3 p.m., Barcelona’s electro-rock outfit The Pinker Tones, who are embarking on a US tour, will perform. Las Cafeteras, a local Eastside ensemble that play Son Jarocho, a centuries-old form of Mexican music from the eastern state of Veracruz, and KCRW DJ Raul Campos will also provide entertainment. For more information, visit www.dodgers.com/viva.

The Veteran of the Game is US Air Force Staff Sergeant Ryan Cushing of Midland, Michigan. Cushing’s deployments include Kirkuk, Iraq, Baghdad, Iraq and Bagram, Afghanistan.
Posted by Roberto Baly at 9:00 AM