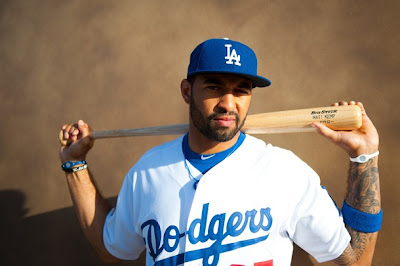 The Budweiser Presents National League Player of the Month, Matt Kemp, will receive a specially designed trophy, suitably engraved, in recognition of his accomplishment.
Posted by Roberto Baly at 3:30 PM