Justin Sellers is going to Albuquerque. 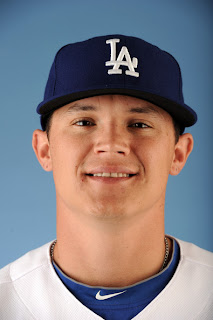 Abreu has batted .314 with runners in scoring position in his career and hit .318 with runners on base. He has posted a .354 career batting average with the bases loaded, including nine grand slams, which are tied for the 11th-most among active players. Abreu has also fared well against NL West competition during his career, posting a .301 batting average with 53 home runs and 251 RBI in 221 career games against the division.

The native Venezuelan has played in the postseason on four occasions, batting .284 (19-for-67) with six doubles, a home run and nine RBI in 20 games.

Abreu was batting .208 (5-for-24) with three doubles and five RBI in eight games with the Angels this season prior to his release on April 30 and was originally signed by the Astros as a non-drafted free agent at the age of 16 out of Venezuela.
Posted by Roberto Baly at 9:30 AM