The all-time Los Angeles Dodgers home run king Eric Karros will be featured on the club’s fifth bobblehead night, as part of the Dodger Stadium Greats Bobblehead Series, on Thursday, June 28 when the Dodgers face the New York Mets at 7:10 p.m. Karros blasted 270 home runs over his 12 seasons in Los Angeles and won the Rookie of the Year Award in 1992, starting a streak of five consecutive Dodgers to take home the honor. This marks Karros’ first Dodger Stadium bobblehead and the first 50,000 fans with valid tickets will receive this giveaway.

Fans can purchase tickets to this game by visiting dodgers.com/promotions. 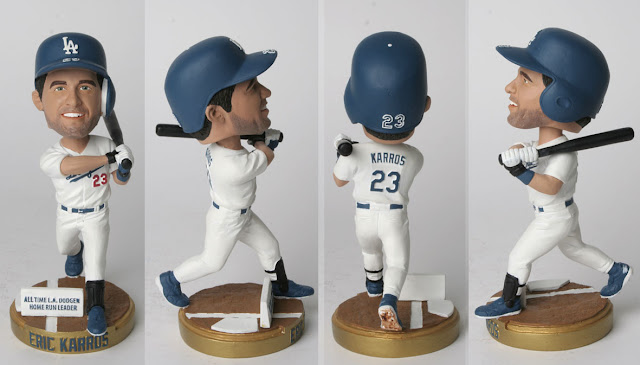