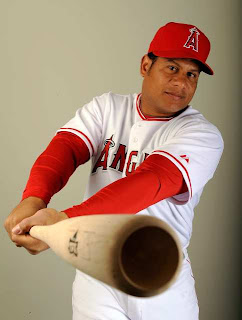 According to Jon Heyman of CBS Sports, {via Twitter} the Dodgers have signed Bobby Abreu to be bat off bench and part-time outfielder. The Angels released Abreu last week.

This is a better option than having Adam Kennedy around. It will be interesting to know what's the Dodgers next move. Release Kennedy? Option Justin Sellers to the minors? Or maybe put Juan Uribe on the D.L. since he injured his wrist.