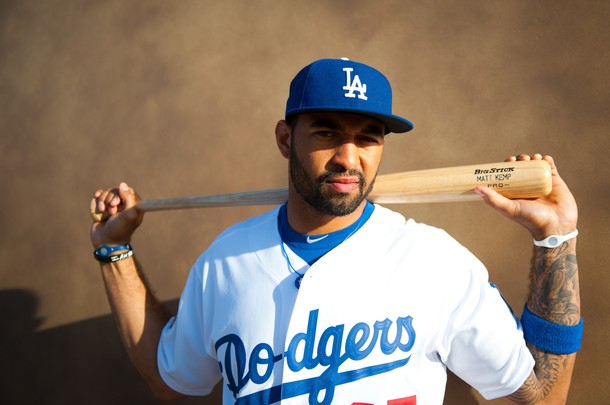 The Los Angeles Dodgers today placed outfielder Matt Kemp on the 15-day disabled list with a left hamstring strain and recalled infielder/outfielder Alex Castellanos from Triple-A Albuquerque. Kemp went 1-for-4 with a double and a run scored in two games since being reinstated from the disabled list on Tuesday after missing 14 games with the same injury.

Castellanos, making his first appearance on a big league roster, will wear No. 49 and was hitting .379 with 10 doubles, four triples, five homers and 14 RBI in 22 games with Triple-A Albuquerque, while posting a .476 on-base percentage and a .759 slugging percentage. The 25-year-old has appeared at every position in the field except for pitcher and catcher over the course of his professional career and while he has made 19 of 21 starts as a second baseman this season, Castellanos appeared in 120 or more games as an outfielder in each of his previous two campaigns. The 2011 Topps Double-A All-Star was acquired by Los Angeles from St. Louis at the trade deadline last season in exchange for Rafael Furcal and was originally selected by the Cardinals in the 10th round of the 2008 First-Year Player Draft out of Belmont-Abbey College in North Carolina.
Posted by Roberto Baly at 3:35 PM