What's going on at Dodger Stadium for the three game series against the Atlanta Braves? 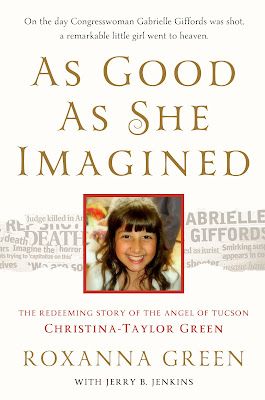 Roxanna Green will sign copies of her book As Good As She Imagined in the right field merchandise tent from 5:10 – 6:30 p.m. and during the first three innings of the game. As Good As She Imagined is a celebration of the life of Roxanna and husband John’s daughter, Christina-Taylor, and the hope that has risen from a nation’s loss and a family’s grief. The Greens have also founded the Christina-Taylor Green Memorial Foundation, which is committed to honoring the life and memory of Christina-Taylor through charitable and educational projects that reflect and embody her interests, values and dreams. The Christina-Taylor Green Memorial Foundation is being recognized on Saturday by the Open Hearts Foundation, founded by Jane Seymour and James Keatch, as an organization that exemplifies selfless giving in the face of adversity. To recognize this honor, John Green, who is a Dodger scout, will throw out a ceremonial first pitch. For more information about the foundation, visit www.christina-taylorgreen.org.

Recording artist Kristinia DeBarge will perform the national anthem and “God Bless America.” DeBarge was nominated for an NAACP Image Award and her hit single ‘Goodbye’ reached the Top 20 on the Hot 100 charts. She is currently collaborating with Babyface on her sophomore album. 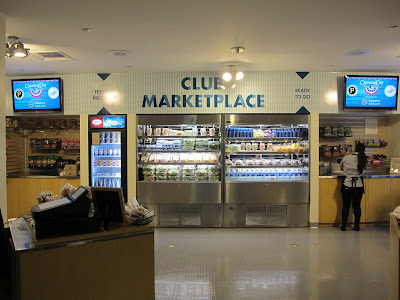 The Club Marketplace is new at Dodger Stadium this year. Located on the Club Level behind home plate, this new store offers fresh sandwiches and salads, fruit and veggie cups, snacks including nuts, chips, candy and ice cream, beverages, beer and kosher and gluten-free items. 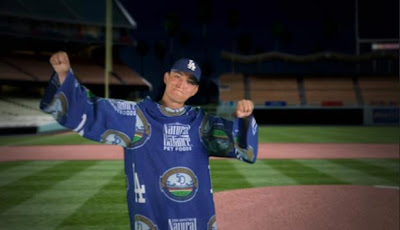 Alison Sweeney, soap star and host of “The Biggest Loser,” will throw out a ceremonial first pitch.

The official Los Angeles Booster Club will host its annual award ceremonies and throw out a first pitch. Booster Club awards will be presented to Matt Kemp, Clayton Kershaw and Dee Gordon. 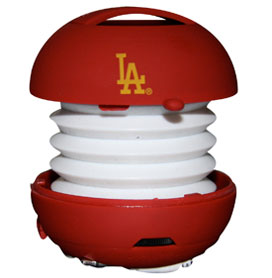 April 25th is USC Night at Dodger Stadium and fans who purchase the special ticket package will receive a ticket to the Coca-Cola All-You-Can-Eat-Pavilion and a limited edition USC themed portable speaker. Tickets for this package are limited and only available by purchasing at www.dodgers.com/USC.

In honor of USC Night, USC Song Girls and Spirit Leaders will be on the field during pre-game ceremonies.
Posted by Roberto Baly at 11:30 AM

"Javy Guerra already has one"